We must be broken before we can shine

The solid truth about live is that we often must be broken before we can shine before the world.

“I was in Dollar Tree last night, and there was a lady and two kids behind me in the LONG line. One was a big kid, and the other one was a toddler. The bigger one had a pack of glow sticks, and the toddler was screaming for them.

The Mom opened the pack and gave him one which stopped his tears. He walked around with it smiling; but then the bigger boy took it, and the toddler started screaming again. Just as the Mom was about to fuss, the older child bent the glow stick and handed it back to the toddler. As we walked outside at the same time, the toddler noticed that the stick was now glowing; and his brother said, “I had to break it so that you could get the full effect from it.”

I almost ran, because l could hear God saying to me, “I had to break you to show you why I created you. You had to go through it so you could fulfill your purpose.” That precious child was happy just swinging that “unbroken” glow stick around in the air, because he didn’t understand what it was created to do – which was “glow”. There are some people who will be content just “being,” but some of us that God has chosen… we have to be “broken.”

We have to get sick.
We have to lose a job.
We go through a divorce.

We have to bury our spouse, parents, best friend, or our child…

In those moments of desperation, God is breaking us. But… when the breaking is done, then we will be able to see the reason for which we were created. So when you see us glowing, just know that we have been broken but healed by His Grace and Mercy!!” (Anonymous)

I wish I had written this story, but I didn’t, but I couldn’t help but be touch by the message. My prayer is that you will understand that sometime the light will shine through you because you have been broken. 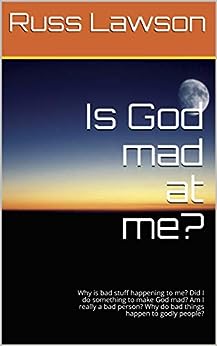 Tweet
Tweet
Pocket
This entry was posted in Being Broken, Let your light shine, Shine for God. Bookmark the permalink.